She lost her fight overnight. Jacqui called this morning. I was elsewhere so she left a message on the answering machine. She had appeared to be going well. I’d called Jacqui on Wednesday for an update on her. She had lost then regained weight. She still had weight gaining problems, losing then regaining weight since Wednesday. Then she just appeared to have had enough of the fight, the poor little sweetheart, and gave up. I hope she’s enjoying her new life in the big hog box in the sky. 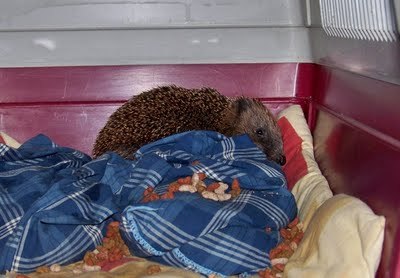 I’ve noticed on various Social Networks this morning, a tussle breaking out over whose death is more poignant and pivotal. Well that’s how it appears to me.

Anyone who appears to comment on their shock at the news of Michael Jackson’s death is swiftly followed by comments of “What about Farrah?”, “Let’s not forget Farrah!”. No one is suggesting for a moment that we do (forget Farrah), but let’s look at some facts shall we? Farrah Fawcett was 62 (still young in relative terms), had been diagnosed with advanced cancer in October 2006. Ryan O’ Neal, commitment-phobe of the century couldn’t even make sure he was wedded to her before the poor woman passed on! Sadly her death was inevitable. But it doesn’t make it any less sad. Michael Jackson was soon to turn 51. In three weeks time he was starting a concert series at the O2 Arena in London. He would have spent his 51st birthday in London. He’d had health problems in the past, all things considered mild compared to what happened to him hours before his death. His death was unexpected and unprecedented. It was SHOCKING! Hence the fact that I find anyone retaliating to expressions of shock that people are quite aptly to have over Jackson’s death with a “What about Farrah?” retort utterly appalling and petty-minded. So whose death is MORE important? Well, no one’s. They are equally saddening for different aspects. What is apparent is that Jackson’s death is going to have more impact due to his popularity, notoriety, stature, and age/nature of death. It might not be “right” but that’s just how it is. The man had/has far more fame/infamy. It’s just the way it is. R.I.P Michael Jackson
R.I.P Farrah Fawcett Or, if you prefer… R.I.P Farrah Fawcett
R.I.P Michael Jackson Satisfied now?

Music, Movie, TV and Pop Culture News for the Mainstream and Underground