Are you THAT committed? I’ve just been reading an article from the BBC News – Magazine section on their web site, about the death of using the term “giving it 100%” to signify you giving something your all. It’s not enough to say 100% any more. You have to say 110%, 150%, some, in the American version of The Apprentice are now using the over-assured 1000%!

I was trying to put this into context. Say you’re applying for a full-time job and you say “I give everything 1000%”. Would the employer snap you up on the logic that if you give “everything” 1000%, that perhaps you’d work 1000% MORE? Say the job was for 40 hours per week, does this mean you’re willing to give your employer 400 hours a week of work? There’s only 168 hours in a week?! I’m really committed to finishing the post now. I think I’ll give it 99.99%! lol To read the story, click the link below… BBC NEWS | Magazine | The death of 100%

From the start I want to say that for £50 a ticket, I hope there were people who had a better time than us!

The journey starts at around 12.30pm. I’m tossing up whether to wear my tailored trousers down, or take my jeans and change. I decide to wear my jeans with my trainers (obviously NOT wear my heels – for reasons that WILL become apparent), and carry my trousers on my arm.

Em’s dressed in her suit and the shoes we bought the previous day. She looks fab! (no pic, ‘cos you KNOW how Em is!) 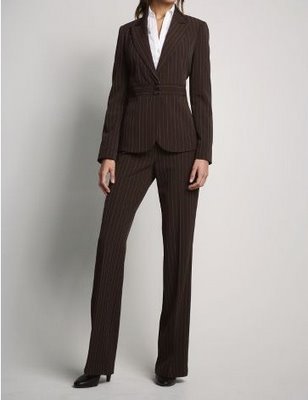 The jacket in detail. 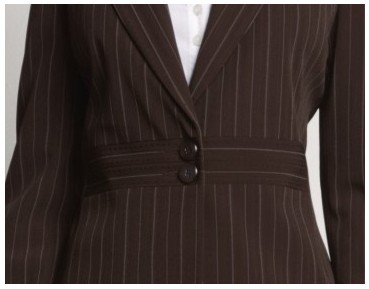 We got a cab at about 12.50pm and got to airport to take the coach into London a few mins later.

By 2.30pm we’re at Victoria station. We went inside the little shopping mall there and had something to eat in the food court upstairs. Then we made our way to the Royal Festival Hall where the Baftas were being held.

Em thought the best idea was (because the London marathon was also on Yesterday, the route going past the river on the other side where the Festival Hall is – and the nearest tube station) instead of taking the tube the three stops from Victoria to Embankment, we’d change at Westminster and go to Waterloo, so we’d be on the same side of the river as the Festival Hall. Nice idea in theory – but it made for one long-winded journey!!

Once we’d come out of Waterloo I needed somewhere to change into my trousers and put my shoes on. It was only when I departed the toilet at the Haywood Gallery opposite (where I changed into my attire) that my trousers instead of being comfortable (as I’d thought when I tried them on on Friday) were in fact LOOSE and prone to fall off me!! As well as that, I haven’t walked in heels in over 10 years and my ambitious purchase (swayed by the fact they were only £7.99) was almost instantly regretted when I realised I’d look like a crippled dwarf trying to walk in my heels! I had lots of steps to negate and all. I wasn’t feeling good at this point. And in the afternoon sun I was getting hot and flustered.

I wanted to stay by the red carpet to see the celebs arrive, but I also wanted to get off my feet!! There was no obvious entrance route for us plebs going in with our £50 tickets. I got the attention of one staff member, and he had us waiting for a way to get in for about 10 minutes. I thought I was going to collapse with the pain my legs were under! I kept on having to stand there in bare feet as I just could NOT take standing in the heels.

Eventually we were given a way in – right down the red carpet!! OMG! I hobbled down in my heels, all hot and sweaty, pain most likely evident on my face. God I must have looked like a fat ogre! Em went on ahead of me, down the red carpet. Leaving me to walk down it on my own. It was a nightmare!! When I got the end of the red carpet and rejoined Em I was SO pissed off. I said to her “thanks for sticking by my side!” She wasn’t even conscious of her faux par at first. Too wrapped in her own self-consciousness of walking down the red carpet.

We get ushered into the hall, and from there we saw NONE of the celeb red carpet arrival! We weren’t the only ones either. Nearly all the ticket holders ended up cut off from watching the arrivals. We were taken to the 5th floor and you could go out on the balcony and look, but all you saw from that height were the tops of celebs heads! You couldn’t even make out who was who!

We were there on the 5th floor for about an hour. We had to go one more floor up to take our seats. We were the first in, and the ceremony was set to start at 7pm.

We were up in the rafters! I could tell from what we could see on stage that we’d be spending most of the evening watching on a screen. The celebs started rolling in about 20 mins before the start. I saw Russell T. Davies walk in and thought “Oh, well that’s Doctor Who represented then, NO chance of seeing David Tennant now!” But just a few minutes later, I spotted him! He was there! I was in the same room as David Tennant! Even though I was so far away from him, I could barely make him out really. I think Georgia Moffet was with him. What a bitch! lol

We kept having it drummed into us that the event was black tie, DT rocks up in a jacket and t-shirt! The man’s beyond reproach! I’m sure he just smiles that flashy smile and peeps go “Aw, go on!!”

As it transpired he was there to present an award.

Chris Moyles is the un-funniest thing on two (fat) legs! Sorry, I REALLY don’t get him! And I feel like a Nana for saying it, but it’s true.

The ceremony ran smooth. Graham Norton was professional and funny. It was good to watch. A great “once in a lifetime” experience, but I will make sure I *NEVER* enter a comp like that again, for fear of winning it!

I wish I’d worn flat shoes!! And it really wasn’t the celeb “gawk-fest” I was hoping it would be. The award wins I was happy with? The I.T. Crowd (for Sit Com), Harry Hill (for Entertainment Performance), and David Mitchell (for Comedy Performance). A lot of references being made today about shock wins and the less popular choices winning gongs. It *was* odd!

Final thought? I really would NOT have wanted to spend £100 of my own money for those tickets, but the ceremony was good.

On Monday (I think it was Monday anyway, or over the weekend) I entered a competition on the Radio Times web site. It was for tickets to this weekends television Baftas. I had second thoughts entering the competition as it did state if you won tickets the dress code is black tie. I was thinking “how the hell am *I* going to dress for that?”. Then thought “what the hay!” and entered the comp. anyway. I just assumed I’d never have a hope in hell of winning them.

I had to go to the Bafta site to help me answer the question you had to enter the comp. Then I saw that tickets were available to the general public, but they were £50 each!! That helped me decide to enter too 🙂 Anyway, I’d just got out of the shower this morning. Had just finished drying myself off actually when my mobile phone rang. Em brought it upstairs to me and I answered. “Hello. Is that Larelle Read I’m speaking to?” Yes I say to the voice at the other end of the line. “Hi, this is (missed his name) _____ from Radio Times. You entered a competition online to win tickets to the television Baftas?” Yes, I say. “Well, I’m pleased to announce that you’ve won the competition.” My flabber had never been so gasted! Couldn’t believe it! I enter ALL their comps online and the least I was interested in winning was this one, truth be told. But hey, it’s like being able to go to the Emmys or the Logie awards. I mean ZOMFG!! The guy reiterated the event was black tie. I declared I didn’t own a dress and he said jacket suit was fine. As long as dress was smart, it would be fine. Later in the day a lady from Bafta called and confirmed an address to send the tickets to me and also said about the black tie dress code. I checked with her and she said as long as we were smartly dressed – no jeans, trainers, etc, it would be fine. I must admit, I have had to buy myself a pair of tailored trousers – I’ve got suitable tops and a jacket. Em has NOTHING! But I was actually able to order her a suit with a mail order catalogue I use for £20! Trousers and jacket. Both for £20! They should arrive tomorrow. We’ll just have to get suitable footwear from town on Saturday. We’ve got to spend a little money to look the part, but it’s a once in a lifetime thing for us, so it’ll be worth it. I’ll let you know who we see, what happens and whatnot on Monday. OMG! Squee! The TV Baftas! F*ck me sideways!!! And you just never know “Who” might be there – nudge nudge, wink wink!!!!!!!!!